This kind of transmission is essentially different from general gear transmission, and has particularity in meshing theory, collective calculation and structural design.

Harmonic gear reducer has the advantages of high precision and high bearing capacity. Compared with ordinary reducer, because it uses 50% less materials, its volume and weight are reduced by at least 1/3.

The fixed rigid wheel is a rigid internal gear

The flexspline is a thin-walled cylindrical external gear that is easy to deform. They have a triangular (or involute) tooth shape and the pitches of the two are equal, but the rigid gear has a few more teeth (usually two teeth) than the flexspline.

The wave generator consists of an elliptical disk and a flexible ball bearing, or a rotating arm with rollers at both ends.

Usually the wave generator is the motive body, one of the flexible wheel and the rigid wheel is the driven body, and the other is the fixed part. 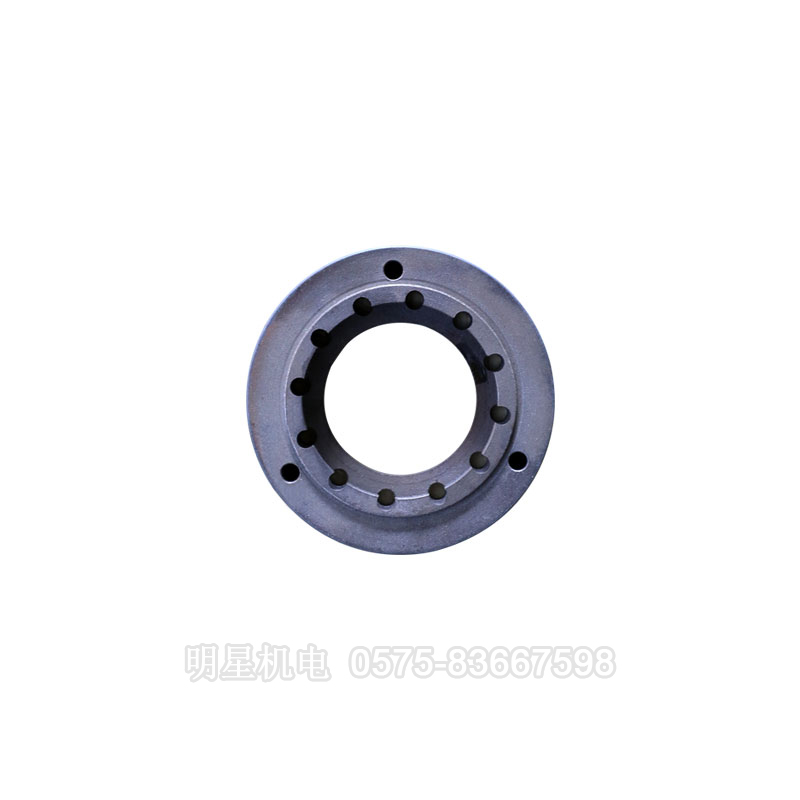 This is because the number of teeth meshed at the same time in the harmonic gear transmission is large, and the error is averaged, that is, multi-tooth meshing has a mutual compensation effect on the error, so the transmission accuracy is high. In the case of the same gear accuracy grade, the transmission error is only about 1/4 of that of ordinary cylindrical gear transmission. At the same time, the radius of the wave generator can be changed slightly to increase the deformation of the flexspline so that the backlash is small, and even the backlash-free meshing can be achieved, so the harmonic gear reducer has a small idle stroke and is suitable for reverse rotation.

Due to the uniform radial movement of the flexspline gear teeth during the transmission process, even if the input speed is very high, the relative slip speed of the gear teeth is still extremely low (so it is one percent of the ordinary involute gear transmission) Therefore, the gear teeth are less worn and the efficiency is high (up to 69%-96%). Also, because both sides of the gear are engaged in work when engaging in and out, there is no impact phenomenon and the movement is stable.

There are only three basic components, and the input and output shafts are coaxial, so the structure is simple and the installation is convenient.

7. Can transmit motion to confined space.

Utilizing the flexibility of the flexspline, this valuable advantage of the wheel drive is unmatched by other existing drives.

2. The moment of inertia and starting moment are large, so it is not suitable for low-power tracking transmission.

3. It cannot be used in occasions where the transmission ratio is less than 35.

1+
Views: 170
PREV: Installation precautions, inspection and maintenance of planetary gear reducer
NEXT: How to improve the low-speed performance of a two-phase stepper motor