The connection between common asynchronous motor and frequency converter

The influence of variable frequency speed regulation on motor and its efficiency: no matter what kind of control method is adopted, the voltage pulse output to the motor terminal is non sinusoidal. Therefore, the analysis of the operation characteristics of ordinary asynchronous motor under non sinusoidal wave is the influence of variable frequency speed regulation on the motor.
There are mainly the following aspects
In addition to the normal loss caused by fundamental wave, there will be many additional losses in the motor running under non sinusoidal power supply. The main performance is the increase of stator copper loss, rotor copper loss and iron loss, which affects the efficiency of the motor.
1. The harmonic current of stator copper loss in stator winding makes I2R and increase. When skin effect is ignored, the stator copper loss under non sinusoidal current is proportional to the square of the total current RMS. If the number of stator phases is M1 and the stator resistance of each phase is R1, then the total stator copper loss P1 is the effective value IRMS of the total stator current including the fundamental current into the above formula, and the second term in the formula represents the harmonic loss. Through the experiment, it is found that the saturation degree of magnetic circuit of leakage flux increases due to the existence of harmonic current and the appearance of corresponding magnetic leakage flux, so the excitation current increases and the fundamental component of current is also increased.
2. Under the harmonic frequency, the resistance of the stator winding can be considered as a constant, but for the rotor of asynchronous motor, the AC resistance is greatly increased due to skin effect. Especially the cage rotor with deep groove is particularly serious. The stator space harmonic magnetic potential of synchronous motor or reluctance motor with sine wave power supply is very small. The losses in the rotor surface windings are negligible. When a synchronous motor is running under a non sinusoidal power supply, the rotor harmonic current is induced by the time harmonic magnetic potential, just like the asynchronous motor running close to its fundamental synchronous speed.

When the fundamental frequency is 50 Hz, the rotor current frequency is 300 Hz. Similarly, the 11th and 13th harmonics induce a rotor current of 12 times the fundamental frequency, i.e., 600Hz. At these frequencies, the actual AC resistance of the rotor is much greater than the DC resistance. The actual increase in rotor resistance depends on the conductor cross section and the geometry of the rotor slot in which the conductor is arranged. For copper conductor with aspect ratio of about 4, the ratio of AC resistance to DC resistance is 1.56 at 50 Hz, 2.6 at 300 Hz and 3.7 at 600 Hz. At higher frequencies, the ratio increases proportionally with the square root of the frequency.
3. The core loss of the harmonic core loss motor is also increased due to the harmonics in the power supply voltage; the harmonics of the stator current establish the time harmonic magnetomotive force between the air gaps. The total magnetic potential at any point in the air gap is the combination of fundamental and time harmonic magnetic potentials. For a three-phase six step voltage waveform, the peak value of magnetic density in the air gap is about 10% larger than that of the fundamental wave, but the increase of iron loss caused by time harmonic flux is very small. The stray loss caused by end leakage flux and inclined slot flux leakage flux will increase under the action of harmonic frequency, which must be considered in non sinusoidal power supply: end leakage effect exists in both stator and rotor windings, mainly due to eddy current loss caused by leakage flux entering end plate. Due to the change of the phase difference between the stator and rotor magnetic potential, the inclined slot leakage flux is produced in the inclined slot structure, and the magnetic potential is the largest at the end, causing loss in the stator and rotor core and teeth.
4. The harmonic loss of motor efficiency is obviously determined by the harmonic content of applied voltage. The harmonic component is large, the loss of the motor increases and the efficiency decreases. However, most of the static inverters do not produce less than the fifth harmonic, while the amplitude of the higher harmonic is smaller. This waveform voltage does not seriously reduce the efficiency of the motor. The calculation and comparative test of medium capacity induction motor show that the full load effective current is about 4% higher than the fundamental value. If skin effect is ignored, the copper loss is proportional to the square of the total effective current, and the harmonic copper loss is 8% of the fundamental loss. Considering that the rotor resistance can be increased by 3 times due to skin effect, the harmonic copper loss of the motor should be 24% of the fundamental loss. If the copper loss accounts for 50% of the total loss of the motor, the harmonic copper loss increases the loss of the whole motor by 12%. The increase in core loss is difficult to calculate because it is affected by the structure of the motor and the magnetic materials used.
If the higher harmonic component in the stator voltage waveform is relatively low, as in the 6-step wave, the increase of harmonic core loss will not exceed 10%. If the core loss and stray loss account for 40% of the total loss of the motor, the harmonic loss only accounts for 4% of the total loss. The friction loss and wind resistance loss are not affected, so the total loss increase of the motor is less than 20%. If the efficiency of the motor is 90% at 50 Hz sinusoidal power supply, the efficiency of the motor will only decrease by 1% - 2% due to the existence of harmonics. If the harmonic component of the applied voltage waveform is obviously greater than that of the 6-step harmonic component, the harmonic loss of the motor will be greatly increased, and may be greater than the fundamental loss. That is, in the case of 6-step wave power supply, a low leakage reactance reluctance motor may absorb a large harmonic current, thus reducing the efficiency of the motor by 5% or more.
In this case, in order to operate satisfactorily, 12 step wave inverter or six phase stator winding should be used. The harmonic current and harmonic loss of the motor are actually independent of the load, so the loss of time harmonic can be determined by comparing the sinusoidal power supply and non sinusoidal power supply under no-load condition. In order to determine the approximate range of efficiency decline of a certain type or structure of the motor. 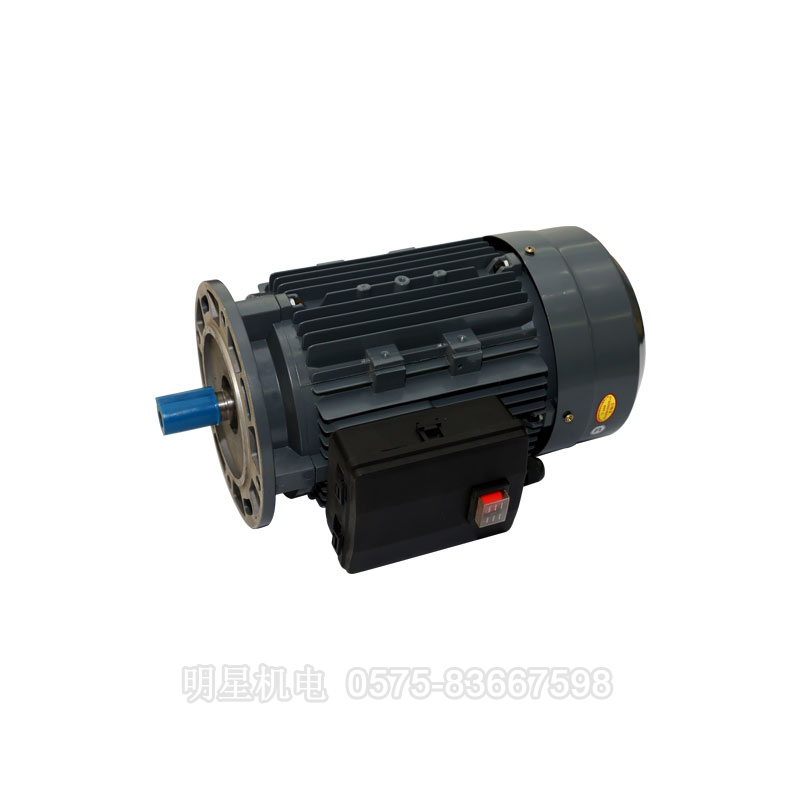 1+
Views: 139
PREV: Guide for quick installation and use of reducer
NEXT: Causes and solutions of motor and bearing heating