3、 The moment frequency characteristics are different
The output torque of stepper motor decreases with the increase of speed, and it will drop sharply at higher speed, so its maximum working speed is generally 300 ~ 600 rpm. AC servo motor for constant torque output, that is, in its rated speed (generally 2000rpm or 3000rpm), can output rated torque, above the rated speed for constant power output.
4、 The overload capacity is different
Stepper motor generally does not have overload capacity. AC servo motor has strong overload capacity. Taking Panasonic AC servo system as an example, it has the ability of speed overload and torque overload. Its maximum torque is three times of the rated torque, which can be used to overcome the inertia torque of inertia load at the moment of starting. Stepping motor has no such overload capacity. In order to overcome the inertia torque, it is often necessary to select the motor with larger torque when selecting the type. However, the machine does not need such a large torque during normal operation, which leads to torque waste.

5、 Different operation performance
Stepper motor control is open-loop control, too high starting frequency or load is easy to lose step or locked rotor phenomenon, stop too high speed is easy to appear overshoot phenomenon, so in order to ensure its control accuracy, we should deal with the problem of speed up and down. AC servo drive system is a closed-loop control, the driver can directly sample the feedback signal of motor encoder, and the internal structure is position loop and speed loop. Generally, there is no step loss or overshoot phenomenon of stepper motor, and the control performance is more reliable.

6、 The speed response performance is different
It takes 200-400 MS for stepper motor to accelerate from rest to working speed (generally several hundred revolutions per minute). The acceleration performance of AC servo system is better. Taking 400W AC servo motor as an example, it takes only a few milliseconds to accelerate from static speed to its rated speed of 3000rpm, which can be used in the control occasions requiring fast start-up and stop.
To sum up, AC servo system is better than stepping motor in many aspects. But in some occasions, stepping motor is often used as executive motor. Therefore, in the design process of the control system, we should comprehensively consider the control requirements, cost and other factors, and select the appropriate control motor. 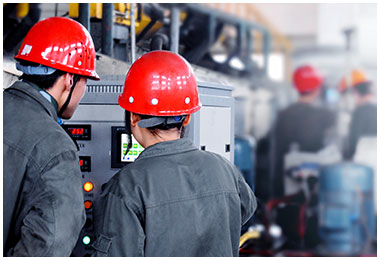